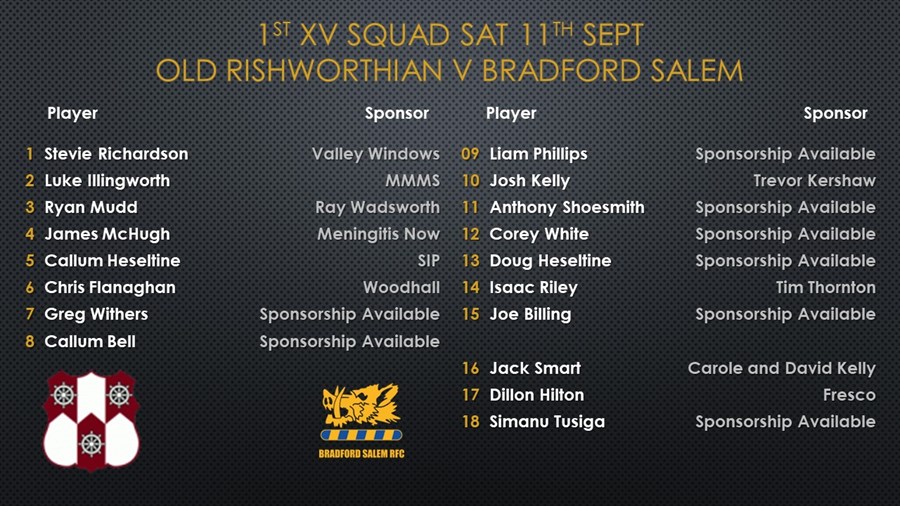 Rishworthians entertain Bradford Salem keen to kick-start the Yorkshire One season with a home win against old foes.

Last week we came unstuck at Beverley, with injuries playing a major part in the defeat.

It leaves us without classy fullback Luke Sutcliffe and newcomer Sam Gill, but able to bring in two of our most experienced players, record try scorer wing Anthony Shoesmith and scrum half Liam Phillips.

Head coach Richard Brown said: “We competed well in areas at Beverley, notably up front and at times in the backs until we were disrupted by losing three players to injuries.

“We have been training well and should have a good chance on our own pitch if we can just up our game a bit.”

Last week Salem beat Roundhegians, who came up with Rishworthians from Yorkshire Two. Back in the 2018-19 Yorkshire One season Rishworthians had close encounters with Salem, drawing 20 – 20 away and losing 22 – 26 at Copley.