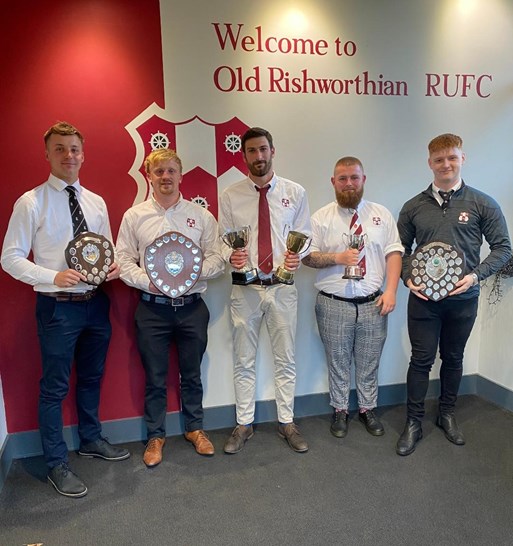 Awards for 2021-22 season were presented at the club with Doug Heseltine receiving two awards for the first team and Matty Tooby gaining three for the Development Team.

Matty broke into the first team at the end of the season as did the Development Team player of the year James Robbins.

Another Development Team award winner from the previous season Greg Withers picked up the award for the first team player of the year.

He said once the team had gained confidence there were some exceptional performances, particularly against Bridlington.

“It was what we expected from a transitional season with inconsistencies in our game. But we set a target of 50 points and more than achieved it, and were competitive against the top teams,” he said.

He encouraged more people to help with the juniors and hoped to link first team, Development team and the under 18s and under 17s in training.

Player of the year – Greg Withers

Player of the year – James Robbins

There were also Development Team ties for Henry Hilton and Matty Tooby and a first team tie for Paddy Kerr.

In addition there was special framed shirt, with signatures on the rear, presented to Simanu Tusiga, who is moving to the Cheltenham area.